Diggers & Dealers is a mining investment forum, held annually in Kalgoorlie, Western Australia. The event is in its 30th year.

Diggers & Dealers is Australia’s leading mining forum, combining corporate presentations by listed mining and exploration companies alongside a large exhibition area housing over 157 exhibitors from the sector. Delegates include miners, explorers, brokers, bankers, investors, financiers and mining service industries from around the world. A 30 strong media contingent ensures that the proceedings of the Forum are widely reported.

The event provides a unique opportunity for industry professionals to meet and network, visit regional mine sites, engage with media, raise finance, invest in projects and generally engage with the resources sector at an executive level in a mining community setting, Kalgoorlie.

A world class entertainment program ensures that delegates experience the very best of the style and hospitality of Kalgoorlie, the unofficial gold mining capital of Australia. 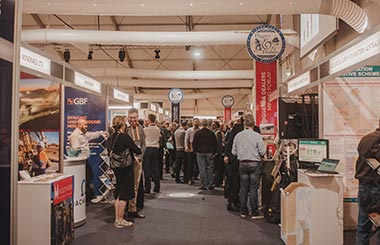 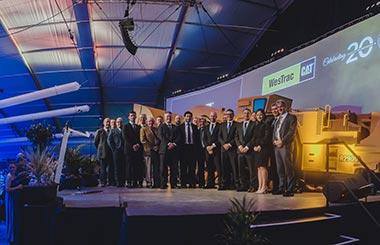 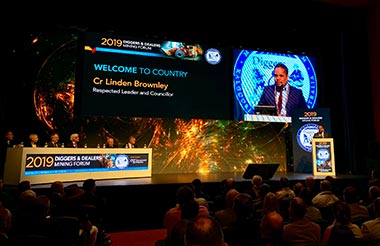 The area of the forum venue is 4000sqm. With current regulations of one person per 2 sqm there is sufficient area for good practice of physical distancing.

Signage will be displayed around the venue.

There will be increased and stringent COVID-19 cleaning and sanitising regimes of all facilities.

Sanitizer stations with bulk product will be available on every entry/exit at the venue.

All suppliers will be briefed on-site for compliance. Signage will be displayed around the venue.

All staff and management have completed the COVID-19 Hygiene Officer Course.

Signage will be displayed around the venue.

The 2020 Diggers & Dealers will be fully compliant with the government regulations at the time of delivery, in October 2020. Delegate safety is a priority.

Attendee records are maintained as part of the registration process.

All public health protocols would be followed should a person be ill on-site with COVID-19.

An email will be sent to the Presenter Interest Database in mid-January 2022. In order to receive this email please add your name via this link. The email will contain a submission form to be returned by a due date. The formal offers for successful applications will be sent in March 2022.

Please note only listed mining companies will be considered for the presentation slots. Contact suzanne@diggersndealers.com.au with any inquiries.

Each year a line-up of over 50 corporate presentations brief investors, financiers and the industry on their projects and recent developments.

Select from the available attendance passes or register your interest for presenting or exhibiting.

This pass allows access to Monday 1 August, the Sponsors' Marquee, day catering, the auditorium for presentations and the Cocktail Party.

This pass allows access to Tuesday 2 August, the Sponsors' Marquee, day catering, the auditorium for presentations and the Traditional Bash.

This pass allows access to Wednesday 3 August, the Sponsors' Marquee, day catering, the auditorium for presentations. EXCLUDES the Gala Dinner. Please note the company exhibits are closed from immediately after lunch for change over to the Gala Dinner.

Please note only listed mining companies will be considered for presentation slots. An Invitation to Submit an Application will be emailed to the Presenter Interest database in mid-January 2022. The formal offers for successful applications will be sent in March 2022. Contact suzanne@diggersndealers.com.au with any enquiries.

Be placed on the waitlist for the opportunity to exhibit. The waitlist is carried over each year. The package includes amongst other items a booth in the marquee and two delegate passes. Cost of the package is Aus$9750

Diggers & Dealers endeavours to secure highly respected and relevant experts who are well-positioned to provide insightful commentary to delegates on the global economic outlook.

The forum remains committed to maintaining the highest standards associated with the event. Diggers & Dealers is pleased to announce Professor Ian Goldin as the keynote speaker for the 2021 Diggers & Dealers Mining Forum. The keynote presentation will take place on Monday 2 August 2021 at 9:15am.
Each year Diggers and Dealers endeavors to secure a keynote speaker who provides the forum attendees with a view of the current global economic situation and trends affecting the mining industry. We are sure that Professor Goldin will be of particular interest given his early career in Africa, international experience and economic credentials.

Professor Goldin is the Oxford University Professor of Globalisation and Development, and the founding Director of the Oxford Martin School. He was previously the Vice President of the World Bank and the Group’s Director of Policy, after serving as Chief Executive of the Development Bank of Southern Africa and Advisor to President Nelson Mandela. In 2014 Professor Goldin famously predicted that a pandemic would be the most likely cause of the next financial crisis.

Professor Goldin has served as Principal Economist at the EBRD (European Bank for Reconstruction and Development). He has an MSc from the London School of Economics, and an MA and Doctorate from the University of Oxford.

Professor Goldin has served as a non-executive director on the boards of a number of leading businesses, including Old Mutual, Implenia AG, Metropolitan Life, and CDC Plc. His board positions include being the lead independent director and chairing investment, credit, risk, audit, strategy, remuneration, social responsibility and ethics committees. Ian has advised over 50 governments and 100 leading global businesses. His non-profit activities include being the Chair of the CORE-econ initiative to reform global economics and serving as an honorary trustee of Comic Relief and other charities.Professor Goldin has received wide recognition for his contributions to development and research, including having been knighted by the French Government and being nominated Global Leader of Tomorrow by the World Economic Forum.

His most recent books are Terra Incognita: 100 Maps to Survive the Next 100 Years, (Penguin, 2020) and Rescue: From Global Crisis to a Better World (Hodder, May 2021), which identifies the long-term impact of the Covid-19 pandemic on the world economy, cities, jobs, trade, and politics, and considers how to manage future risks.

Professor Goldin lectures at Oxford, Harvard and Tsinghua Universities. His relevant speaking engagements include the opening keynote at Google Zeitgeist, the Microsoft CEO Forum and TED. For the past 21 years he has provided keynotes at the World Economic Forum meeting in Davos. In 2014 Professor Goldin famously predicted that a pandemic would be the most likely cause of the next financial crisis.

We look forward to hearing from Professor Ian Goldin at the 2021 Diggers & Dealers Mining Forum.

The official forum awards recognise those outstanding individuals and companies who have made significant contributions and advancements over the past year. Recipients are announced in front of their industry peers at the Wednesday Gala Dinner.

The highly anticipated Diggers and Dealers Awards are presented at the WesTrac sponsored Gala Dinner on the Wednesday evening.

All pre-purchased delegate passes can be collected on-site as below. Subject to availability passes can also be purchased on-site. Please note a surcharge applies to onsite purchases.

Monday 2 August – 7.30AM to completion of the forum from the Sponsors Marquee Registration Desk

Accommodation is at a premium for the event. To view a list of accommodation venues visit this LINK.

An alternate to hotel and motel style accommodation is the exclusive use of private homes with Kalgoorlie Homes for short term lease ie minimum of four nights for the forum period.

Visit the Qantas or Virgin websites to make your bookings and view flight schedules.

Diggers & Dealers courtesy buses run for the duration of the forum commencing on Sunday 1 August through to the morning of Thursday morning between the airport, private and traditional accommodation venues, forum venue and town centre. A detailed bus timetable will be shared with delegates closer to the event to assist with your planning.

A listing of local dining options can be found here. Please ensure you make bookings in advance as hospitality is at a premium during the forum week.

Part of the unique flavor of the annual Diggers & Dealers is the opportunity for attendees to visit minesite(s) during their stay in the region. If there is a particular company with a mine in the Goldfields region please contact the company directly to express your interest.


Get the latest news for the 2022 Mining Forum